Who could be most likely to steal your heart?

You are a very terrible 'thief' in realm of love. You're good at guessing and observing the weaknesses of others, once you found the weakness of admirable person, you would immediately take advantage of it to touch the person's lingering affection. Although you are the chaser, the response right is in the other's hand, but this will not affect your dominance. In your opinion, you could use any means to meet your goal. So, the love target will only be obedient to your order.

You are very good at using the way of feint. Once you have the target, you will not show active pursuit of the state, but you will often show the mysterious, quiet, gentle and innocent look in front of the person. You will immerse yourself in a state of fantasy to emit a irresistible charm. So the person can not help knowing you and protecting you. The person couldn't know that you stole his/her heart firstly.

You are very good at using your elegance and gentle personality. You will make the majority of the opposite sex accelerated with a lovestruck eyes. And you like to guess the other's psychology, listen to his voice, understand his feelings, often try to please him in order to win the favor of him. Even worse is that you will do quite perfectly. Faced with this both as confidant and lover as you, no one could escape your sweetness!

Do not think that Gemini can not steal the heart though they love to show, reckless and unattractive. In the hearts and minds battle, you would produce such an effect. Firstly you will constantly harass him, and often appear in front of him. And occasionally you will play rogue tease each other in order to get his attention. Of course, it would more likely to be annoying. Then you will suddenly disappear in front of the other, when he found what seemed lost in life, his heart was already stolen by you.

Have Machismo and female chauvinism lost market yet? In the present society both men and women are gradually losing the shoulder to rely on, but someone still is able to have a personal effort to give you protection, care and attention, and stand in front of your shelter, who would not want to rely on it? Even the person appeared very overbearing! Leo will show the shoulders whenever you need. The strong thoughtfulness is your strongest skill, the other's heart will always be stolen by you in contradiction of resistance and enjoy!

You are always unintentional to 'steal' the hearts of others. Your attitude towards love is not as strong as others. Even you have a good impression of someone, but you would seldom go to get what you want. But you treat a friend with full heart, often take the opposite sex as a buddy or sister, never stick to gender, which would often cause misunderstandings of heterosexual friends. They thought you were interesting in them and valued you so much. Thus you still don't know you've stolen their hearts already!

You have a motherly warmth, filled with childlike purity, I believe everyone is willing to be captured by you. You just play to your nature to take care of the other when facing your favorite person, and normally you would be very easy to steal the other's heart. In actual fact, because you cared and helped everyone around you, it seemed that he had actually no difference from the other people, naturally your deep love in his heart would be greatly reduced!

You could 'steal' the other's heart vividly and incisively, you would secretly like the other, secretly concern about the other, care for the other ...... Everyone would love you if they meet you. But the problem is that you only do underground work, while the other simply didn't know what you've done, how did he know who would steal his heart? Do not be too fusty. If you don't want to express, you'd better leak to a friend, let others express for you!

Instead of saying 'steal', it is more suitable to use 'rob' for you. You would always show great passion and possessiveness when facing your favorite person, you would hotly pursue and fiercely attack. This way is actually pretty good, but the problem is that it's hard to grasp the scale. If you could not take appropriate circuitous tactics, nor consider the other's personality and feelings. Blind, active and strong pressure sometimes would only make the other one feel disgust and stressed! You'd better use proper way to get love.

You are stubborn and conservative in love, and you always believe that yours would certainly be yours, you could not force to get anything in love. You treat love always very slow and stiff. So you would seldom take the initiative to take action when facing with your crush, you would innocently wait for your fate, let alone the technique to 'steal' the other's heart. If the other is not so active people, though the person liked you, but would give up because they do not know your idea. It is a pity for both of you!

You are accustomed and slack, your feelings come and go quickly. If the other one could not hit it off with your own, you would not bother to spend time to catch the person's heart. In your opinion, you would rather looking for more targets than wasting your energy on one person, you would find congenial lover. Thus your love attitude is too casual, too willing to put in some effort to overcome barriers to love. If you do not display your skills, you would only be ranked behind!

It would be difficult for you to steal the hearts of the people you admired. The main reason is because your character is too timid, unwilling to take any chances. You are afraid to let the other know your state of mind. You are also afraid of your expression would cause the person dislike you. You would prevent from the other noticing your presence in order to maintain the appearance of calm. You would cower in your snail shells, how could you go to 'steal' someone else's heart? Thus, in a world of love, you would be most likely to be 'stolen' your heart by others!

Which constellations are most likely to have no backbone?

What constellation men would be very likely to have an affair? 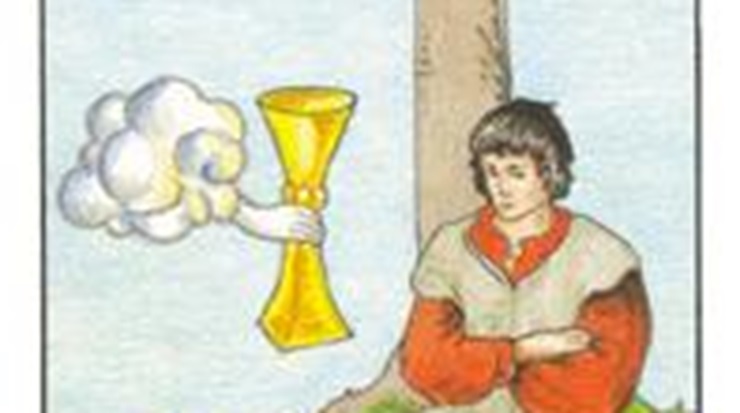 Tarot divines if your lover could understand your heart

Tarot Divines Whether Your Lover Gives the True Heart to You

A constellation that won't flatter and say anything against your heart

Dream of the heart

Dream of heart and chest

Tarot divines if he would put real heart to you